P2E 2.0 - A new economic model for gaming based on crypto tokens

To listen to this research in audiobook form, click here.

In today’s digitized world, gaming is becoming increasingly more relevant. The average gamer spends 8+ hours per week playing in the digital realm. Competitive gaming, or ‘Esports’ is increasingly part of mainstream culture, as revenues for platforms are projected to exceed $1bn this year. As gaming intersects with crypto, we are observing a new version of the play-to-earn (P2E) paradigm – call it P2E 2.0. In contrast to previous P2E games, where only the most competitive tournament players could earn from their passion, every gamer earns by playing in the emerging crypto-powered version of P2E. The addition of crypto tokens to fundamental game dynamics is what could enable P2E 2.0 to break out to a mass audience.This is primarily achieved by connecting the economics of the game with real-world finance, and by making in-game assets own-able and transferable on a blockchain.

The pandemic significantly accelerated the P2E 2.0 movement as people were at once bored at home and often without their usual source of income – what better in that situation than an online game that not just provides entertainment, but a stream of income? This mini documentary shows how Axie Infinity is supporting or even entirely substituting the income of struggling households in emerging markets during COVID. P2E 2.0 games are onboarding an entire new class of users to crypto, and are therefore crucial for the cryptocurrency industry at large. In this piece, we’re analysing some major games that have emerged up to this point, and especially look into the mechanisms they employ.

Leading P2E 2.0 games and their economics

The five games we present are meant to give an overview of current P2E 2.0 mechanics and the selection in no way constitutes a ranked list or attempts to be comprehensive (there are hundreds of blockchain-based P2E games by now). We purposefully included NFT classics like CryptoKitties and Gods Unchained to provide some historical context and trace the evolution of P2E 2.0. Newer, more elaborate games from Axie Infinity to Zed run illustrate the cutting edge of token systems powering leading games. 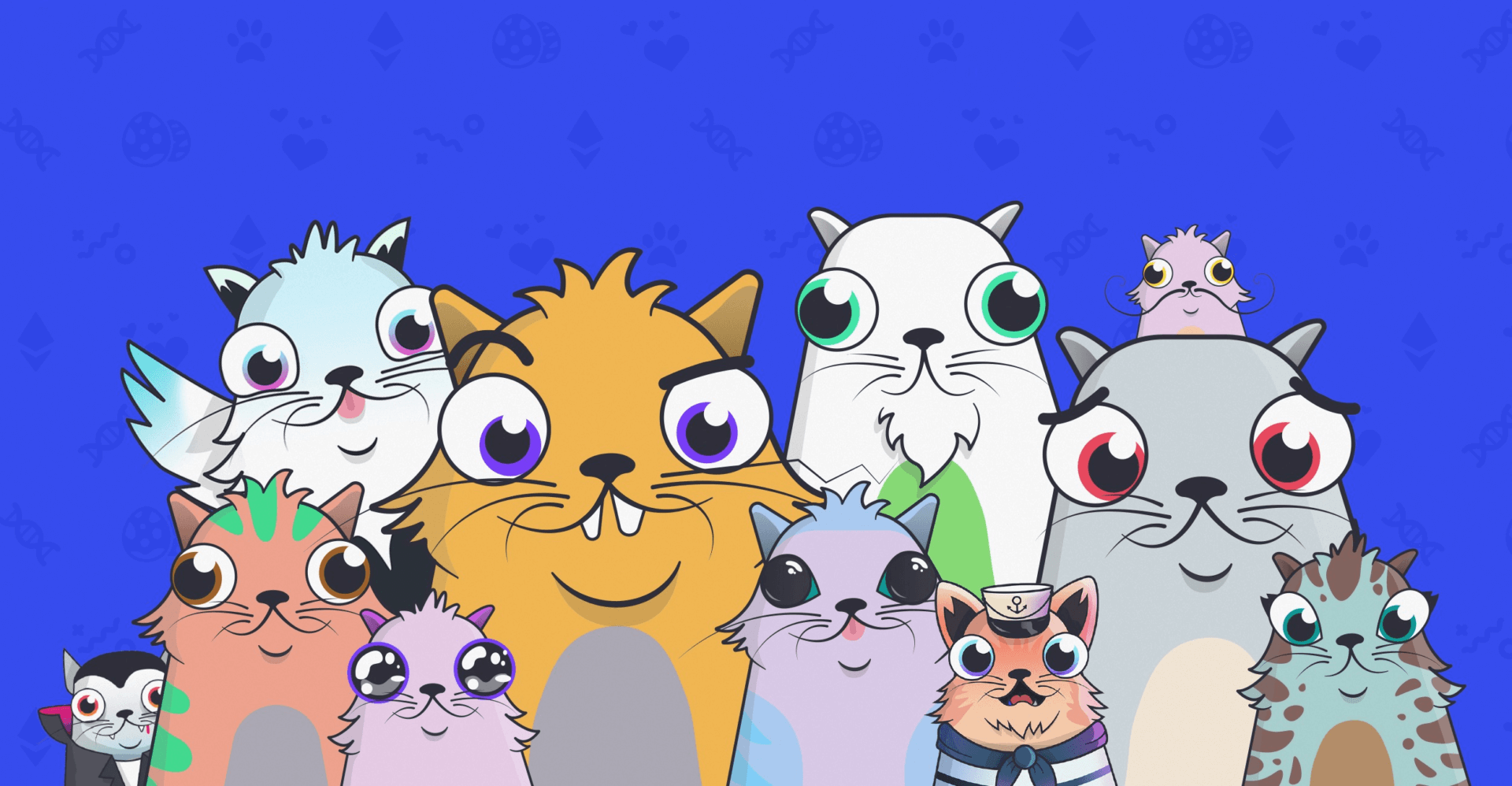 CryptoKitties was one of the earliest attempts to deploy blockchain technology for leisure and a pioneer in NFTs. The widely successful combination of genetic algorithms and NFTs was first introduced by this project. The game’s popularity in December 2017 famously congested the Ethereum network, causing it to reach an all-time high in the number of transactions and slowing it down significantly.

Even though there are over a million CryptoKitties already and the supply further inflates as the kittens keep mating, there are certain guarantees around the scarcity of rare CryptoKitties. There are different levels of rarity: Most importantly, ‘generation 0’ cats are limited to 50,000.  The most rare are the first 100 to ever exist: founder cats. ‘Mewtations’ are another factor that increases rarity, and are expressed probabilistically as a new cat is bred, according to the genetic algorithm. There are other types of rare kittens, for example,‘,’Exclusive cats’ were given to team members and other close contributors to the project.

Players earn money through breeding and selling CryptoKitties to collectors.

Gods Unchained is a card collecting and playing game similar to Magic the Gathering. The impressive growth of Gods Unchained in 2019 may have helped strengthen the conviction around blockchain-based gaming significantly.

Gods Unchained is a turn-based digital card trading game operating on Ethereum. Players battle each other one-on-one or alternatively compete against a computer adversary. The goal of the game is to reduce the opponent’s life to zero by beating their gods with yours.

Each player can choose a deck of 30 cards from their collection for each battle, which gives the collectible cards their utility. Players start with a set of 140 digital cards for free and win additional cards as they play the game. Only if a player has two identical cards can these be minted into an NFT, which then becomes tradable on Ethereum. This enables players to own their in-game assets and to transfer, sell, or borrow them even outside of the context of the game.

Sorare is a fantasy football (soccer) collectible game that uses non fungible tokens (NFT), ensuring the player’s card is unique. Based on the Ethereum blockchain, the cards are tradable with a unique Christian Ronaldo card recently selling for $102,000. Sorare has signed 126 soccer clubs, including big names such as Liverpool, Paris Saint-Germain, Bayern Munich, Real Madrid and Juventus. Each season, Sorare auctions cards for the players of the signed teams, each card having versions with three different levels of rarity. Players can then resell the cards on an internal marketplace. Sorare makes money on auctions of cards and nothing on secondary sales, for now.

Depending on the real-world performance of the player on each card, those cards perform better in tournaments. Gamers can enter teams composed of 5 cards with stars on different positions for each tournament. Whoever gets the most points wins, whereas points are awarded per player composing the Team according to real-world performance (on the basis of data provided by a third party, Opta Sports). The top 30% of players in each tournament win prizes in both ETH and additional NFT cards.

Axie Infinity revolves around virtual game pets (inspired by Axolotl, Pokémon and Tamagotchi) called ‘Axies’, which can be bought, raised and traded. Players can duel their Axies against each other for winning in-game currency. Players mostly generate revenues by breeding and selling Axies, as well as trading other in-game assets including land, wearables, and native tokens.

Axie Infinity is currently the most popular NFT-based game, and we analyse its game dynamics and token system more extensively in the case study in the following chapter. 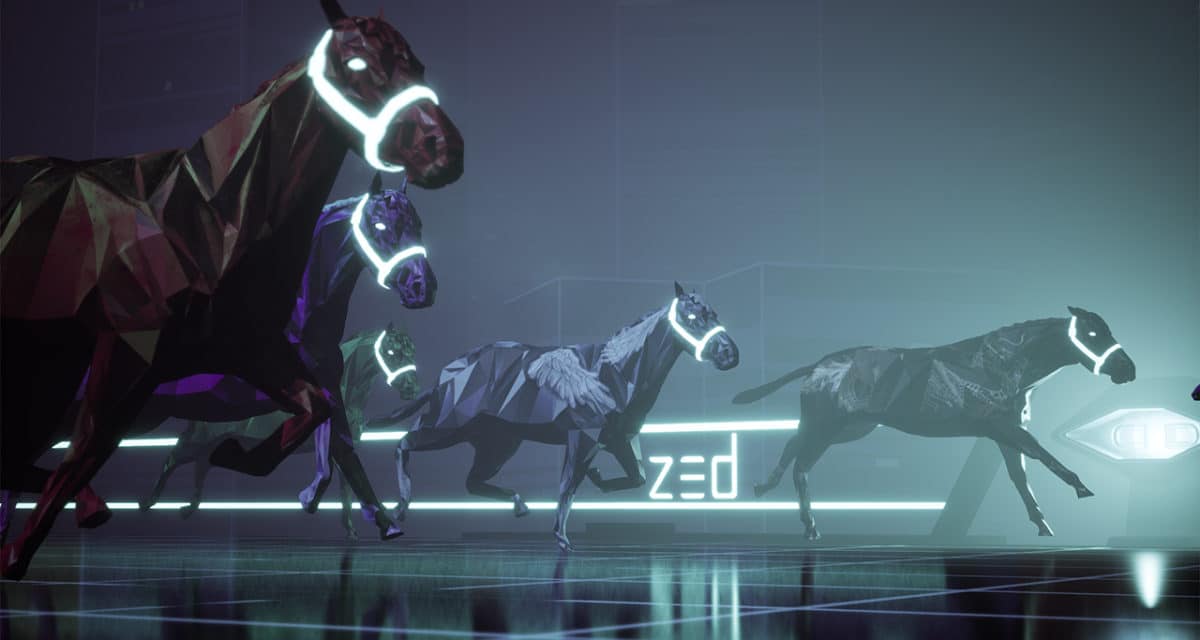 An example of a more recent successful NFT game is Zed Run, a digital horse racing game. It features similar breeding mechanics to CryptoKitties and Axie Infinity, applied to horse racing. For instance, both genetic algorithms and different levels of rarity are in use. Users build a stable through buying, selling and breeding digital racehorses.

The mission of Zed is to provide digital assets that not only hold value but can be used in races and through breeding to provide additional earnings. An in-game currency, ZEST, is used to pay out prices and to fuel the in-game economy.

Comparing the P2E games we have described above, we first note that NFTs play a central role in how gamers play and earn, in all of the games analysed. Similarly, they all employ different classes of rarity, which guarantee a limited supply of certain rare NFTs, as opposed to the overall growth (=inflation) of NFTs as the game progresses. The growth rate of NFTs is especially significant in games that employ genetic algorithms as pioneered by CryptoKitties and used by Axie Infinity and Zed Run. More recent implementations mitigate this growth rate with breeding limits, either per NFT (like in Axie Infinity) or per period (like in Zed Run).

Another innovation on top of CryptoKitties base functionality is the addition of an in-game currency that can be earned by interacting with the NFT within the game, for example battling in Axie Infinity or racing in Zed Run. This effectively creates yield-generating NFT, which improves their value proposition for their holders and makes lending NFTs viable. New players in the ecosystem take advantage of these innovative properties – for example, Yield Guild is acquiring useful NFTs and lending them out to gamers in exchange for a portion of the yields.

Sorare and Gods Unchained create the utility of their NFTs more indirectly, through paying out prizes in tournaments (rare NFTs and ETH). Axie Infinity is the only game that introduces a governance token on top of an in-game currency. Having briefly traced the history of some of the leading crypto-powered P2E titles, a few things seem clear: First, NFTs provide an extremely flexible primitive for P2E games to allow users to own in-game items, and to build their economies around. Most recent titles combine the core NFT mechanics with a native fungible token to further increase their functionality, and to capture value in the most effective way. Second, it is striking how P2E 2.0 games build on each other’s designs, evolving the mechanisms and adding new twists. This is possible since the economics of each game are visible directly on the blockchain, and not kept private. Some more recent projects are also starting to depart more radically from previous templates: for example, the racing game Battle Racers features NFTs that can be combined and taken apart again (‘car parts’). For those reasons, we expect innovation to continue in crypto-powered P2E. A following article will explore Axie Infinity, one of the most complex and successful P2E 2.0 game in a more detailed case study.